Campbell River Whale Watching and Adventure Tours has a long history of delivering exceptional Wildlife Viewing and adventure Tours.  Since 2008, we have been a key player in Campbell River’s tourism industry, but our years of experience goes far beyond that. Founded by “Hurricane Jack” aka Jack Springer along with his partners Jennifer and Aaron, the three brought many years of experience with them as they started their new venture. Over the past 14 years the company has grown from one boat to seven and continues to expand and look for new ways to engage with guests. In 2018, Tyler Bruce and Stephen Gabrysh purchased the company and have continued to carry on the legacy left by the previous owners as they find new ways to grow and offer new experiences to their guests. The new owners were quick to lead the company into becoming northern Vancouver Island’s first carbon neutral eco-tour company.

Tyler Bruce has grown up on the water. His early years were spent down in the Gulf Islands, before moving north and exploring Nootka Sound, Discovery Passage, and the Johnstone Strait. He's been involved in the commercial sportfishing and ski industry since 2001. He was the Assistant Slope Supervisor at Mount Washington Alpine Ski Resort, and was tasked with supervising a crew of 20 in day-to-day operations. He is also a commercial sports fisherman in Nootka Sounds Discovery Passage, and Johnstone Strait. Tyler has a Leadership and Safety Excellence certificate from ACSA, MED 3A- Marine Emergency Duties, Marine First Aid CPR/AED Level C, VHF Radio Operators License, and Small Vessel Operators Proficiency from Transport Canada.

Stephen Gabrysh has had a passion for the water since moving from Alberta in 1992. He is a avid fisherman and outdoorsman. Stephen lives in Campbell River and loves spending time with his family. His two daughters are 5 and 12. They have enjoyed spending more time on the water and share his passion for the outdoors. His business background as an entrepreneur has grown a company from 30 employees to 75. Stephen has a Bcom in Entrepreneurial Management from Royal Roads University. He is a trained naturalist, Commercial Bear Viewing Association Level 1 bear viewing guide and is Transport Canada Certified for small commercial vessel operations. Stephen also holds a Multi Engine IFR Pilots License, and a Class 1 Commercial Drivers License. He also currently serves as President of the North Island Marine Mammal Stewardship Association, member of the City of Campbell River Tourism Advisory Committee, and member of the Discovery Islands Tourism and Forestry Working Group.

Where does the name “Hurricane Jack” Come From? The vessel that was purchased first was one of the most stable and reliable boats built, a Hurricane 733. (Think Coast Guard Zodiac). Over the following 6 years Jack averaged 1200 hours per season traveling from Painter’s Lodge to destinations such Telegraph Cove and Alert Bay on daily Whale Watching expeditions, a round trip distance of over 200 miles. Places such as Quadra Island, Cortez, Marina, Hernando, Savery, Senora, Stuart, Maurelle, Thurlow, and Hardwick Islands became what is called his “back yard”.

The bright orange coloured Hurricane 733 was the first Zodiac tour boat in the area and from March through October, became a common sight on the water. Jack relied on local fishing guides concerning the Pacific White sided Dolphins, Porpoise and Orca sightings and in return Jack was able to give them weather, wind, and wave conditions in the areas the fishermen were headed. Jack communicated to the local fisherman via a VFH radio coloured zodiac traveling by at what seemed like neck breaking speeds, therefore became known as “Hurricane Jack”.

For over 30 years Jack has been exploring the waters of Discovery Passage and Johnstone Strait. It is an area of incredible beauty and home to some of the most amazing creatures on earth. Jack wants to share with you and your families Pacific White-Sided Dolphin, Grizzly Bear, Black Bear, Bald Eagles and of course the magnificent Orca.

We pride ourselves on having quality equipment and an experience crew, but that isn't the only thing that Sets us Apart 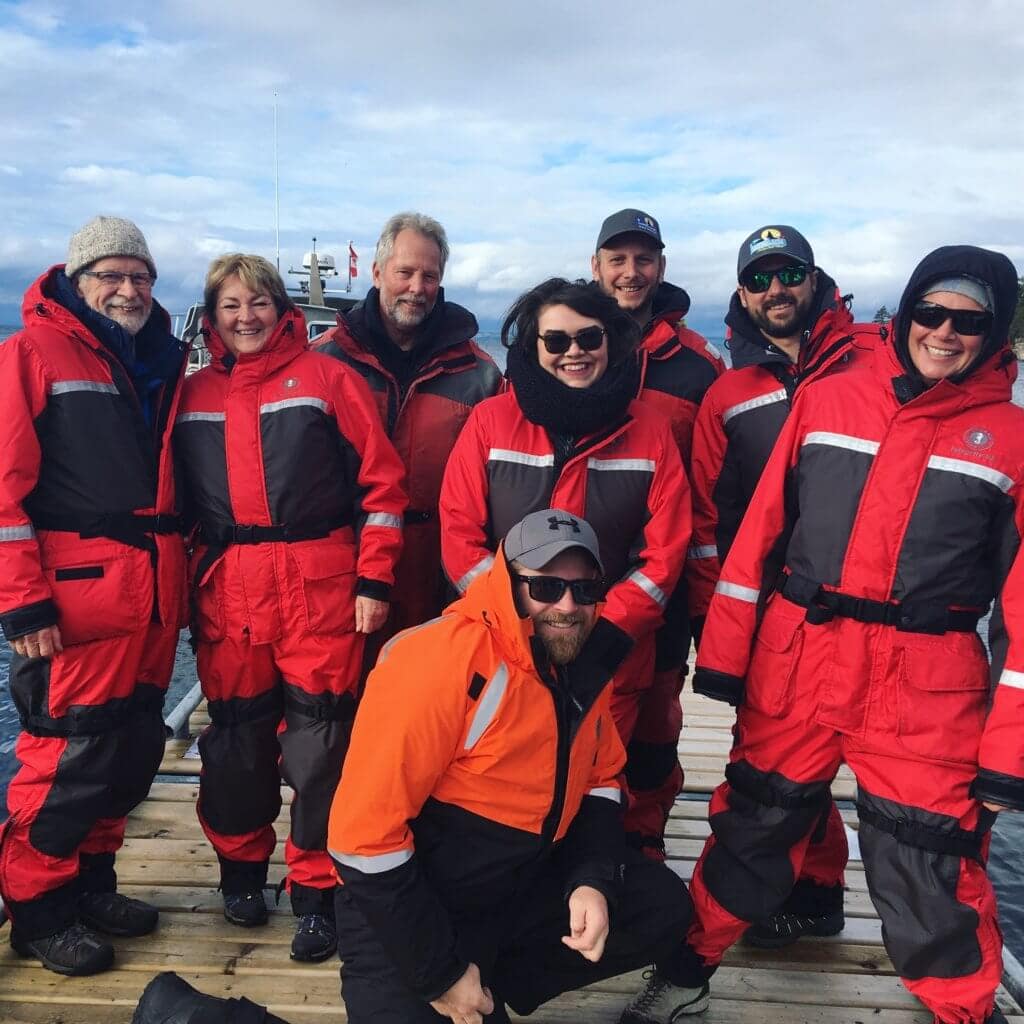 On our ocean rapids Tour