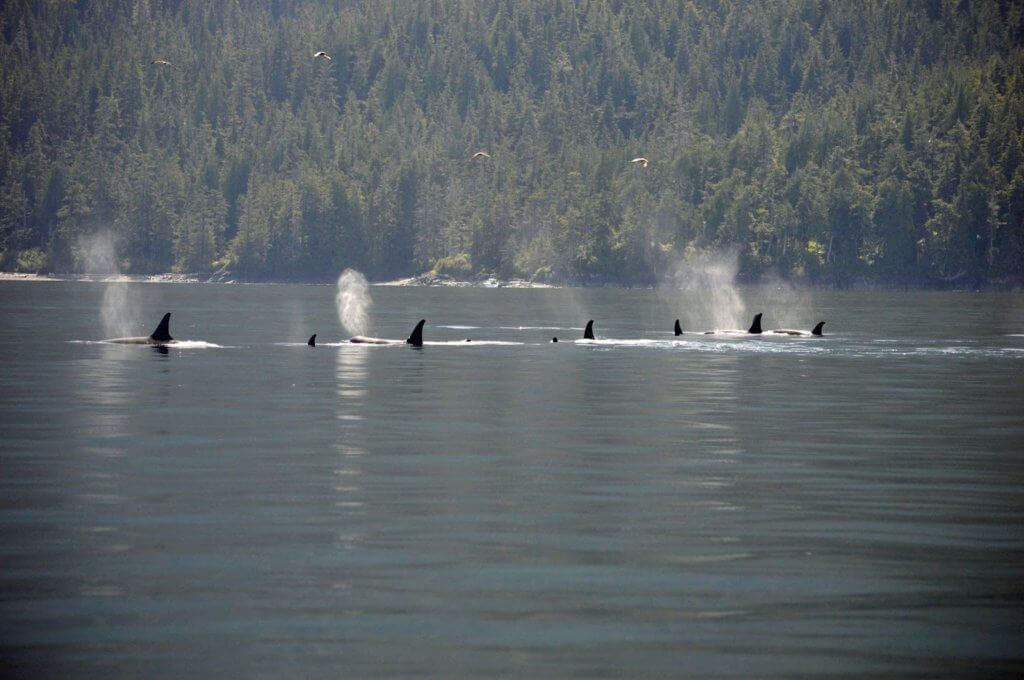 Orcas are well-known for being exceptional predators and are often featured in mainstream media.  While these “ocean pandas” are truly remarkable mammals, there are a lot of misconceptions and unknown facts about them!

1. Despite being known as “killer whales”, Orca are the biggest members of the dolphin family.

2. We see 3 main ecotypes of Orca that differ in diet, appearance, and vocalizations:

– Transient “Bigg’s”:  These killer whales are mammal-eaters and tend to travel in pods of 2-6.
– Residents:  These are fish-eating Orca that travel in much larger pods.
– Offshore:  Biologists don’t currently know much about this ecotype except that their stomach contents and worn-down teeth show that they have a diet of sharks and fish.

3. Killer whales are identified by their dorsal fins and saddle patches, which is the light coloured spot underneath the base of their dorsal fin.  Distinct dorsal fins with severe differences make it very easy to spot favourites while out on the water.  Chainsaw (T063) pictured below is a great example. 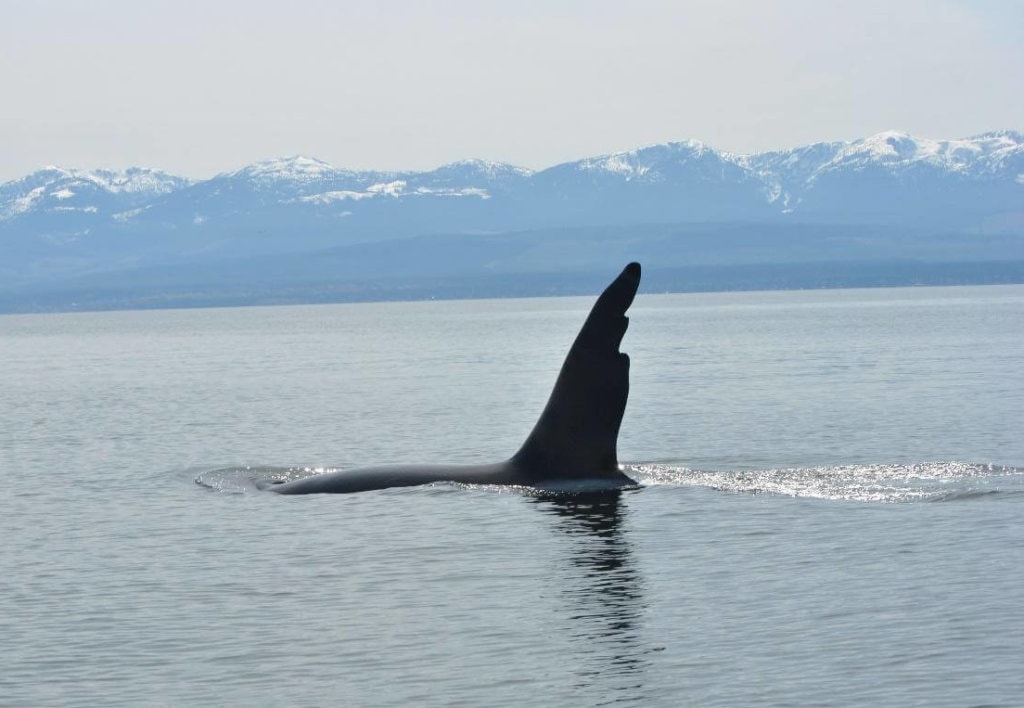 4. Unlike the rest of marine life, Orca do not have any natural predators.  The only danger they encounter is man-made such as poaching, vessel strikes, fish nets, oil spills, lack of food, noise pollution, etc.

5. The average gestation period for female killer whales is 17 months.

6. Like all other cetaceans, killer whales are born with full-formed vision, hearing, and the ability to swim.

– They beach themselves onshore to hunt baby seals/sea lions.  They wiggle around to get back into the water.
– They work as a team with other killer whales to herd and hunt seals.
– Killer whales fling their prey out of the ocean and the impact kills the prey.

8. Orca have about 10-13 pairs of teeth on both sides of their upper and lower jaws.

9. Females tend to have longer lives than the males.  The females can live up to 70-80 years while the males have an average lifespan of 55.

10. The Southern Resident Orcas (commonly seen around Victoria, BC) are among the most contaminated marine mammals in the world.  They are extremely endangered with only 73 members left as of August 2019.