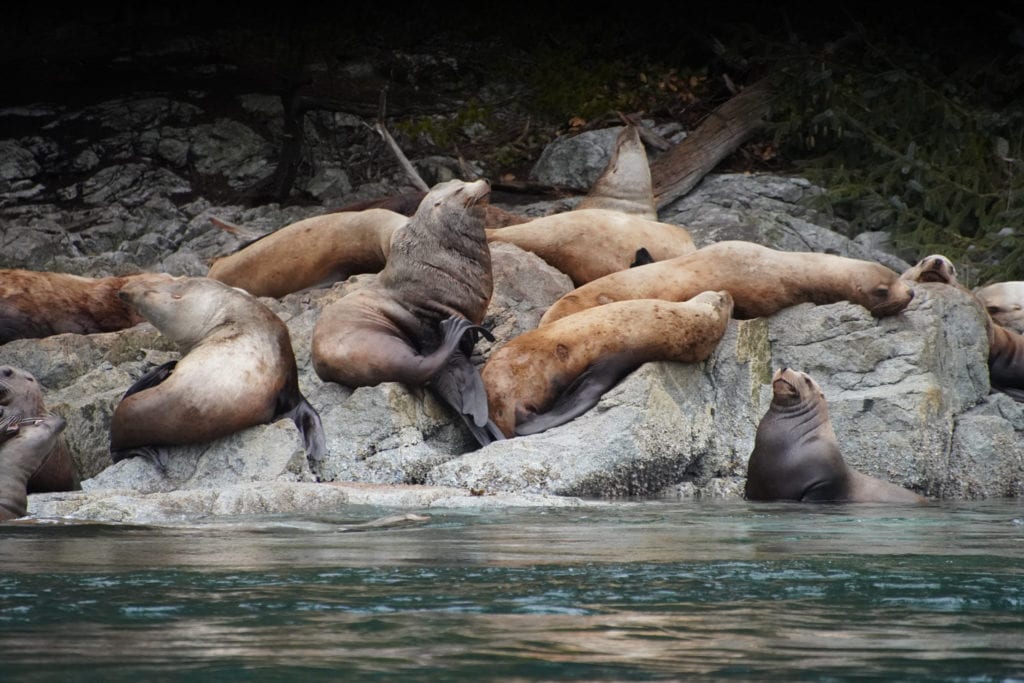 We have the pleasure of seeing a number of different marine mammals on our tours.  While we live in an area that has an abundance of Humpback Whale and Transient Orca sightings, we also get to see a vast number of sea lions and seals!  One specific species that we encounter often are Steller Sea Lions.

1. Steller sea lions are golden brown in colour.  They are commonly confused with California sea lions which are smaller and a darker brown colour.

2. These are the largest type of sea lions and the males weigh an average of 566kg but can get up to 1120kg.  Females are quite a bit smaller and averagely weigh 263kg.

3. 70% of their population reside in Alaska, but we see a huge number in our area.

4. Unlike seals, Steller sea lions walk by supporting themselves on their front flippers and pulling their back legs behind them. 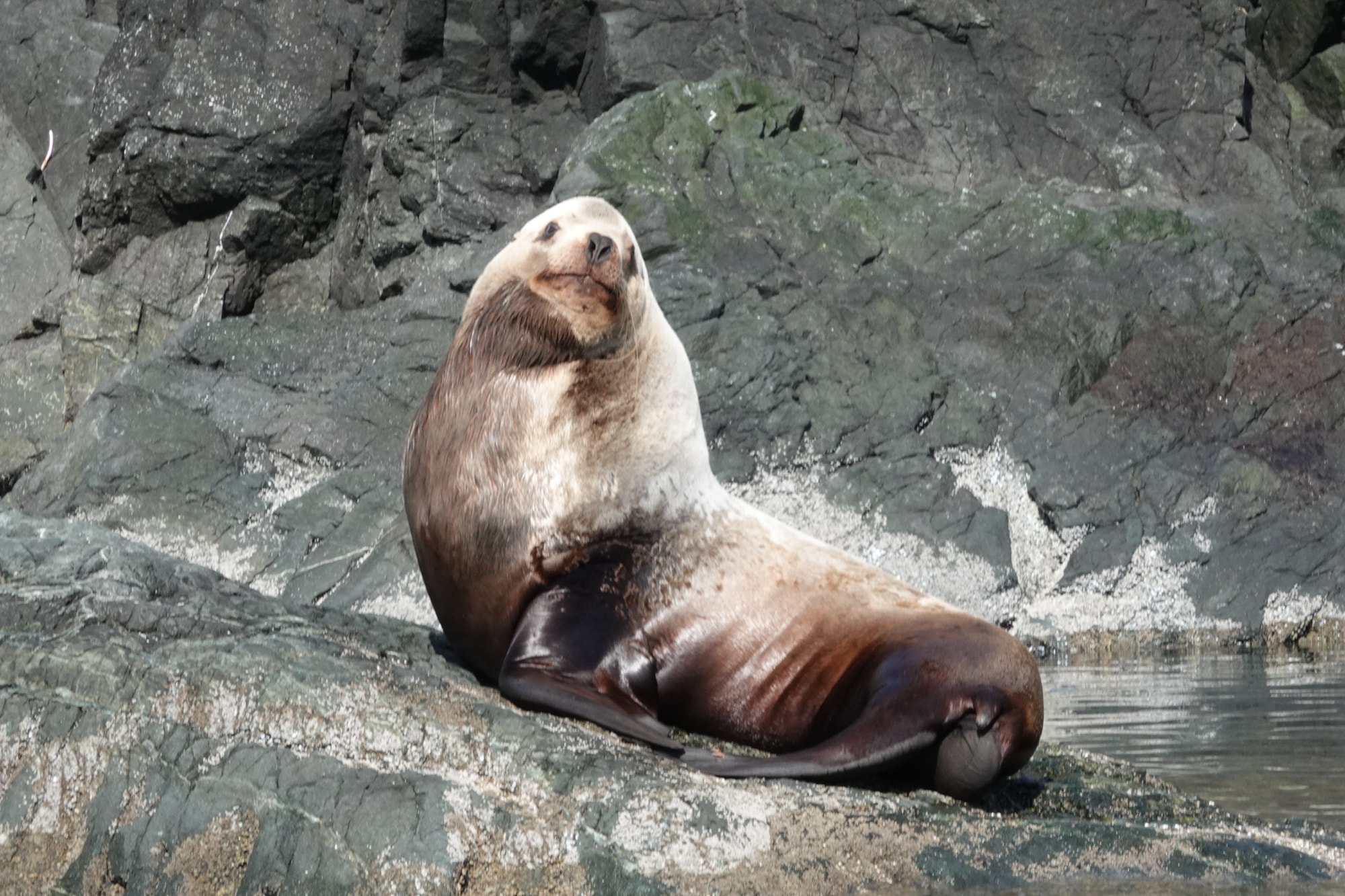 5. Every day, sea lions eat approximately 6% of their body weight.  That’s a huge amount of food for these large mammals!

6. Their diet consists of squid, octopus, and fish.  They tend to forage close to shore.

7. A good chunk of their time is spent resting on haul outs which are rocks or logs that are out of the water.  Mating, birthing, nursing, socializing, resting, and molting all happen while they’re on these haul outs.  Sea lions are very social creatures and it’s not uncommon for them to be laying on top of each other!

8. Females typically have one pup a year after reaching sexual maturity which usually begins at 5 years old.  Pups are usually born between mid-May and mid-July. 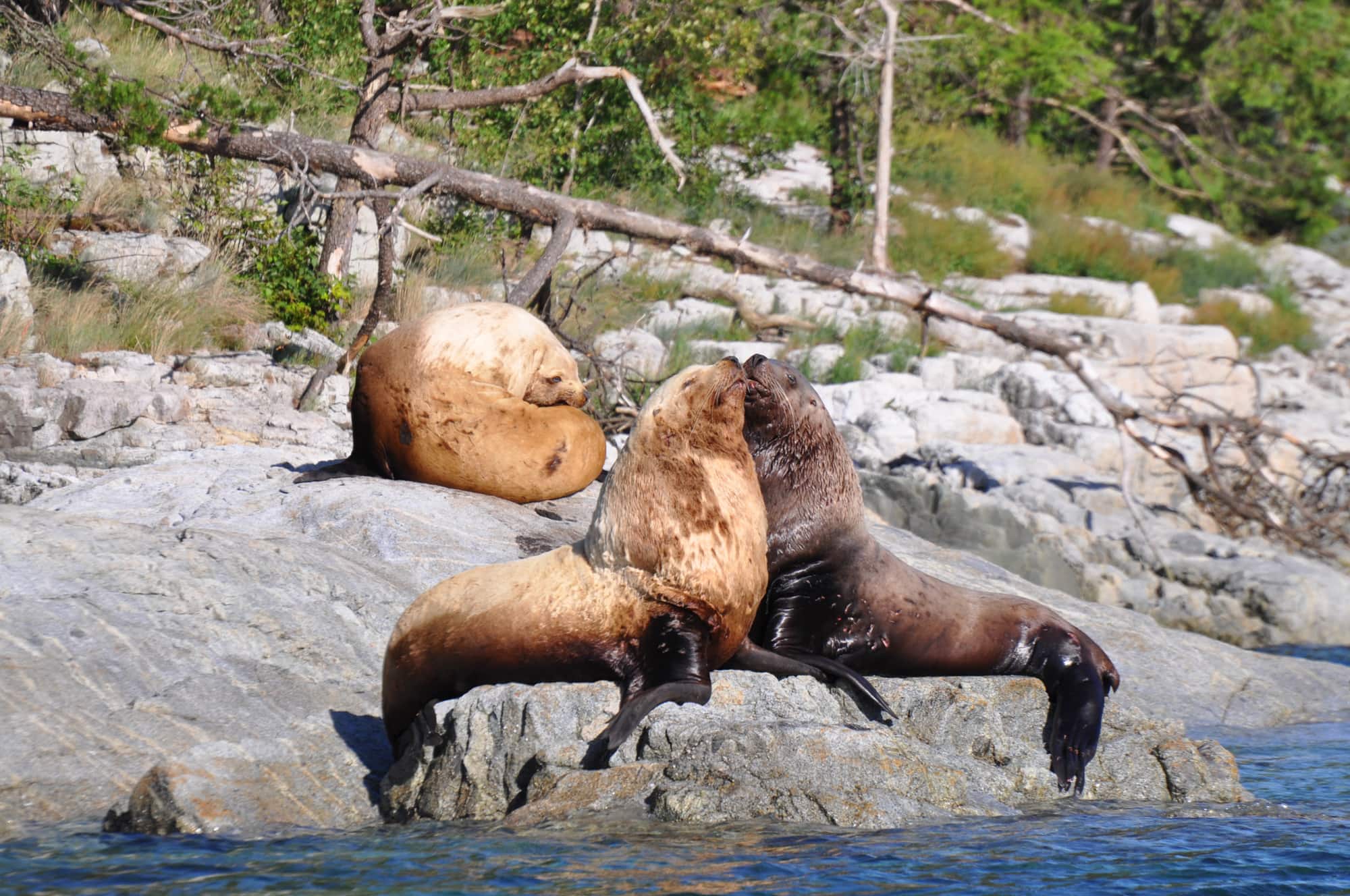 9. Steller sea lions have a distinct roar unlike California sea lions who bark.  This is one of the many ways that you can tell the difference between the two!

10. A few sexually active males end up fathering most of the pups in one breeding season.  Males arrive early to mating grounds, which are called rookeries, and they defend their space from other bulls throughout the mating season.

Thanks to National Geographic, MERS, Vancouver Aquarium, The Marine Mammal Center, and NOAA Fisheries for their information on these wonderful mammals!