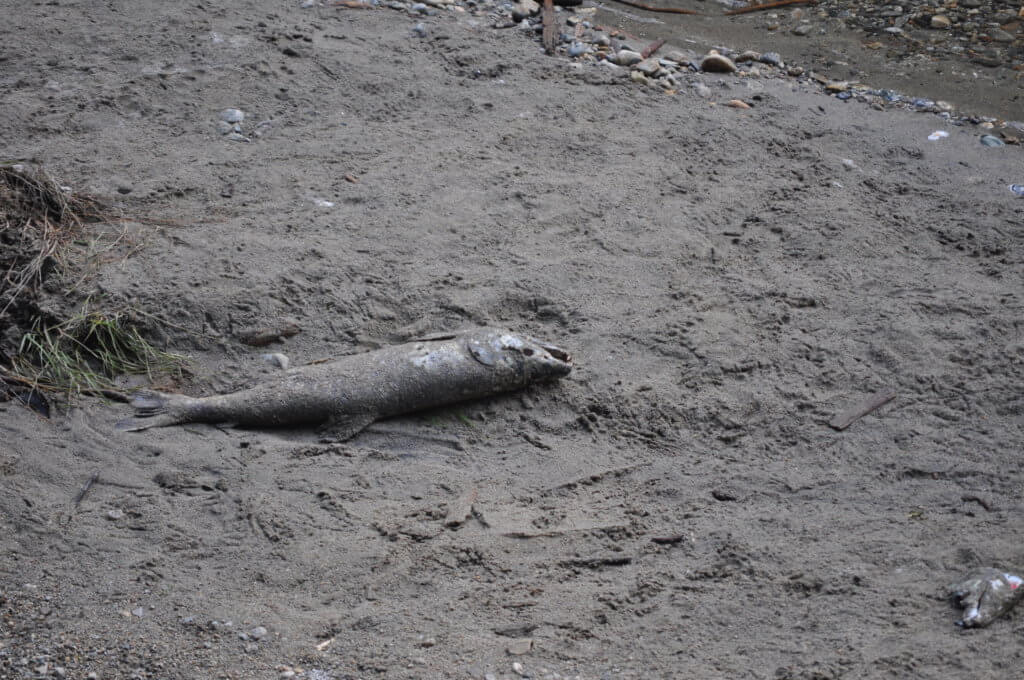 Salmon are one of the most iconic species of British Columbia for so many different reasons. Ultimately, they feed our animals, our people, and our forests.

There are seven species of salmon in the Pacific: Chinook (or Spring), Coho, Sockeye, Chum, Pink, Cutthroat Trout, and Steelhead Trout. Salmon are born from eggs in a river and as they mature, they head to the ocean. They ultimately return to the same river they were born in to spawn and die. This great migration can span as far as 3000 kilometers. Each species of salmon has its own unique characteristics and slight variations on their life-cycle. They can range from two to ten year cycles and in the case of Steelhead Trout, they can even spawn more than once.

Salmon is a primary food source for many species in the wildlife viewing world.  We see first hand how they are a vital food source for bears and the resident orca. The Southern Resident Orca, who are currently the most endangered marine species in Canada, require 1400 Chinook salmon per day.

Once September hits, rivers across the province are full of salmon returning upstream; bears, eagles, and even coastal wolves make their way to feast.  As the larger land mammals find salmon, they drag the carcasses into the forest to enjoy their meal. In the case of wolves, they often eat only the nutrient dense head of the salmon. The leftovers remain on the forest floor which then fertilizes the soil. As much as 25% of the nitrogen in forests along salmon spawning rivers comes from these carcasses.

Us humans also love to eat salmon! There are huge industries based around commercial fishing, recreational fishing, and the processing of those fish. Many communities along the coast rely on salmon fisheries as an economic driver. Our community Campbell River proudly claims the title of “Salmon Capital of the World.” Each summer our marinas, hotels, and campgrounds fill-up as recreational fisher women and men come from around the world in hopes of hooking a big one.

In additional to economical significance, salmon has deep rooted cultural significance to the coastal First Nations. The species was used as a food source, a trade item, and still holds a very high importance to their cultures and lifestyles today.

You don’t tend to think of just how important salmon are when you witness a Grizzly Bear tearing into one or watching them swim in one of the many rivers that they thrive in.  It’s truly remarkable how just one species is so crucial to the survival of so many others!