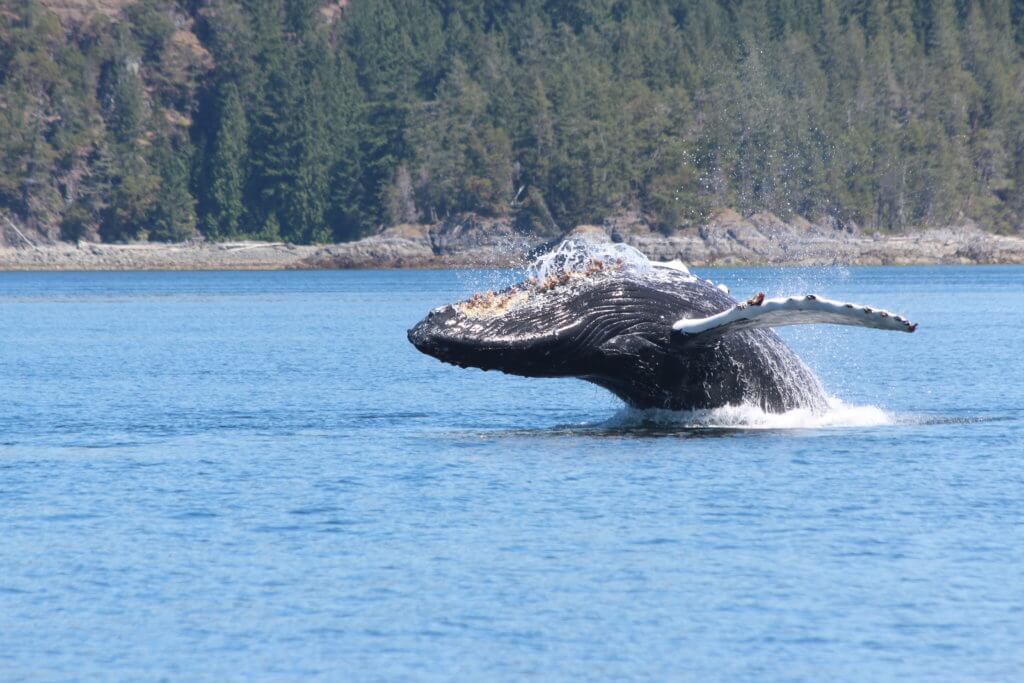 Humpback whales are baleen whales that have been making a strong comeback to our area since 2004. These gentle giants are frequently sighted on our tours, but many people don’t know anything about them!

1. Humpback whale’s pectoral fins are the longest appendages in the entire animal kingdom at up to 16 feet (1/3 length of their entire bodies).

2. Female humpback whales have an average gestation period of 10-13 months.

3. Most travel 4000-5000 miles twice a year between their breeding and feeding grounds.  Breeding and mating are done in warmer climates during the winter.

4. Humpback whales sing unique songs that can be up to 30 minutes. These are repeated during mating season and the songs span 7 octaves which is nearly the range of an 88-key piano!

5. These whales typically travel alone, or they can be found in small groups of 2-3.

6. Humpbacks do not have teeth to chew food. Instead, they have baleen which filter out water while small fish, such as krill, are kept as a food source.

8. Humpbacks have tubercles (little bumpy hair follicles) all over their heads. Scientists aren’t sure what they do or what they’re for but believe that they may be used as sensors.

9. Mother and calves have been seen touching fins which appears to be an affectionate gesture.

10. Humpback whales can be identified by their unique tail flukes. Like a human fingerprint, no
two tails are the same!  You can learn more here.

** All photos taken with a telephoto lens