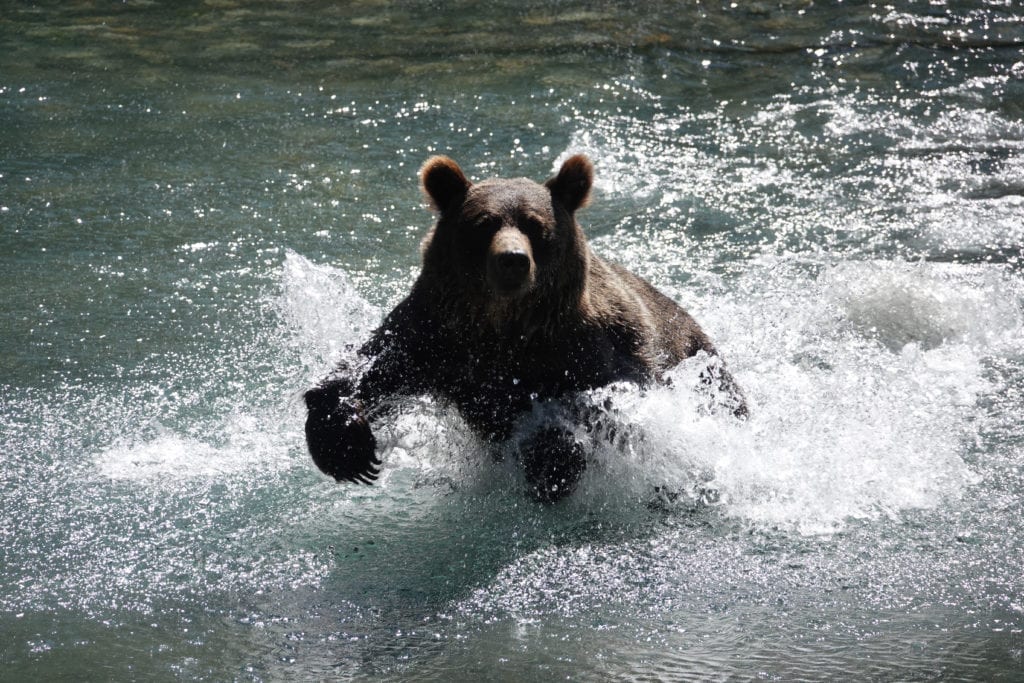 Grizzly Bears are one of the most intelligent animals in the world. They have distinct behaviors that set them apart from other bears and can be found near or in rivers searching for salmon.

September 1st marks the official start of our Grizzly Bear tours for 2020!  This season we have partnered with Klahoose Coastal Adventures to view bears at the Klite River in Toba Inlet.  You can find more information about the tour here!

Here are some facts you may not know about Grizzly Bears to get yourself ready for the experience of a lifetime:

Grizzlies are brown with a concave face and a hump in their shoulders. Their coloring can range from creamy to dark brown and their claws can range from 2-4 inches.  The average adult male weighs from 400-790 lbs and the average adult female weights from 290-400 lbs.  During the late summer, they gain 3 pounds a day which is essential for winter hibernation.

They have a high sense of smell that is said to be 2,100 times better than a human.  This ensures Grizzlies can detect sources of food from far distances and is why we ask guests not to wear any perfumes or body sprays when joining us for a tour!

While salmon is their main source of food, Grizzly Bears are omnivores. They feed on quite a range of food such as fruits, mammals, fungi, insects, and fish.  One specific type of prey is hooved mammals such as moose and elk.  They tend to attack young calves or ones that are injured instead of taking on large adults.  Grizzlies also scavenge prey that has been left behind by other animals.

Grizzly Bears are very important to our ecosystem for several different reasons.

After they consume fruits, they excrete seeds and disperse them in different areas from where they were found. These seeds are then in perfect condition to grow and allow forests to flourish.

When they are foraging for roots and plants, Grizzlies stir up dirt and soil which unleashes nitrogen from lower ground layers which then gets put back into the environment.  This is called nitrogen recycling.

After bears catch salmon in the rivers, they take them into the forest to feast.   The remains of the salmon contain vast quantities of nitrogen that plants need to grow. Eighty percent of the nitrogen in the forest’s trees comes from the salmon.

Grizzly Bears are quite aggressive and very protective of their offspring. Adults stand their ground and defend their cubs against other bears and humans. There’s a reason that humans use the phrase “momma bear”!  Except for mating and raising their young, Grizzly Bears are solitary creatures.  If you are in a forest where these bears are known to roam, look out for markings on trees.  Grizzlies mark and rub against the trees to scratch themselves and to mark their presence.

Grizzly Bears can live an average lifespan of 25 years in the wild.  They are at the top of the food chain and their only real threats are lack of food, competition with other bears when mating and feeding, and humans.  In captivity, they have lived up to 44 years.

Grizzly Bears are an endangered species in some parts of the USA and Canada. This is because of their inability to adapt to climatic change and environmental impacts caused by humans.  For centuries, they have been targeted by humans through hunting and, in recent times, private landowners have killed grizzly bears that ‘’trespass’’ on their property. Trophy hunting was a popular sport in BC until 2018 when it became illegal to hunt them.

Grizzlies hibernate for 5-7 months in dens.  To prepare, grizzly bears eat a substantial amount of food as they do not move during hibernation (not even to defecate or urinate!) unless they’re disturbed.  Males emerge in mid-March while the females and their cubs stay until April or early May.  Females become pregnant and give birth during hibernation as long as they have gained enough weight and nutrients to be able to carry the cubs. 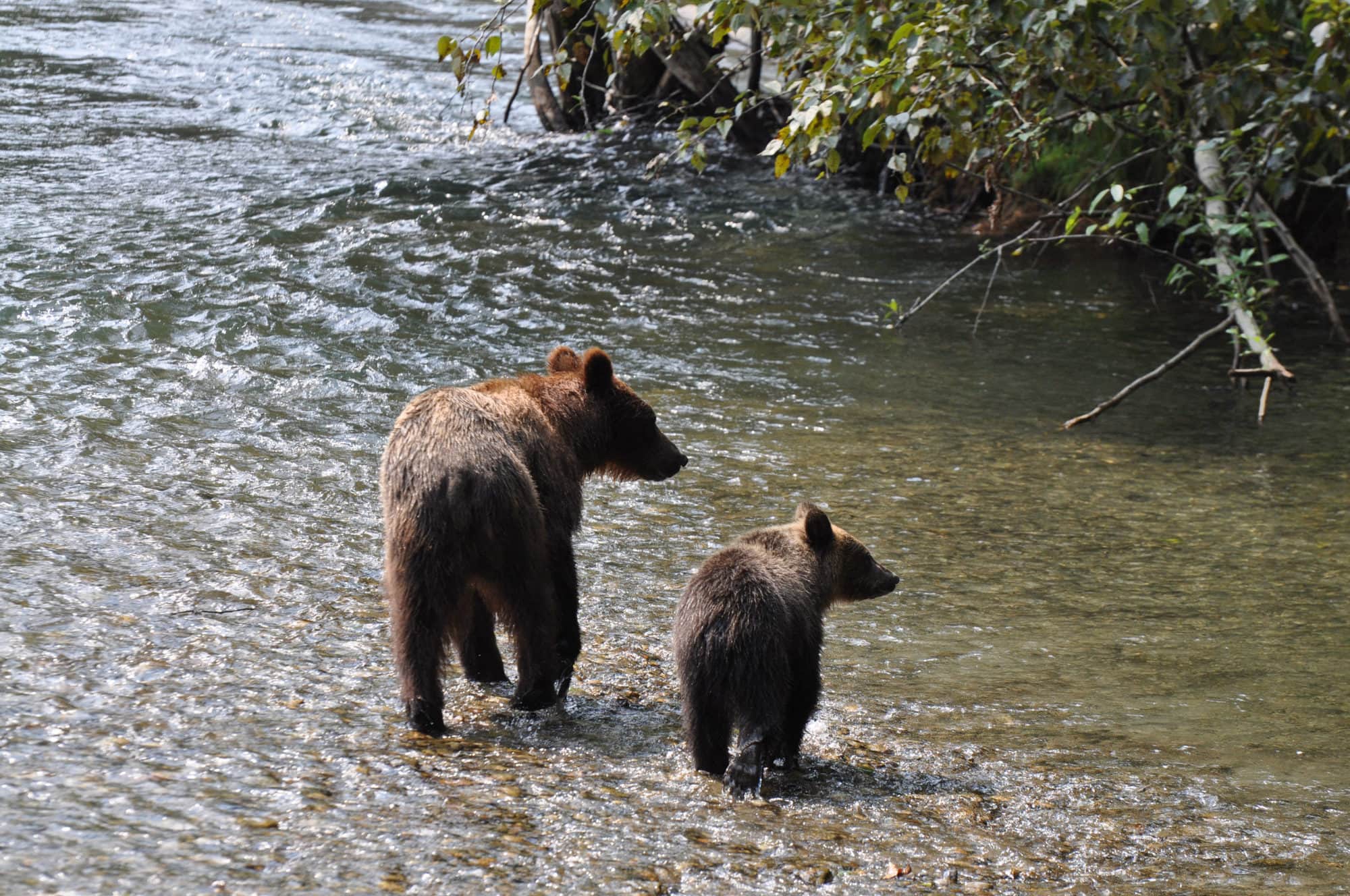 Grizzly bears reach sexual maturity at five and their mating period is between May and July.  A female will mate with multiple males but the embryos won’t develop until hibernation.  This is called delayed implantation and is found among all types of bears.  If a female does not gain enough weight before entering hibernation, she will miscarry and the embryos will be reabsorbed.  On average, two cubs are born to each female but the litter can have between 1-4 cubs.   The cubs stay with their mothers for about two and a half years.  After they leave, the mother will not become pregnant again for three or more years.

Have you had the opportunity to see these magnificent creatures?